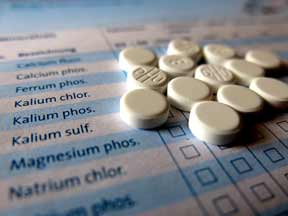 Keeping up with the ketogenic diet and coordinating a new treatment (more on that soon) are taking all my energy right now. But I wanted to share my response to an email from someone who asked what my migraine attacks were like before I started DAO and what other migraine treatments I have tried. The list is too long to compile; instead, I summarized the migraine treatments that have helped me since finding the first somewhat effective one in January 2010. It’s an interesting snapshot.

I’ve had a gradual lessening of the pain since adding various treatments over the last six years. Before that, the pain rarely dropped below a 7 and regularly reached an 8-9. I also had a handful of attacks with level 10 pain, though I am very reluctant to rate my pain as a 10.

November 2010: Moved to Arizona from Boston (weather was a major trigger for me). Made the migraine attacks a little more manageable, but I can’t quantify the improvement. The biggest part is that it freed up some of my energy to began researching and trying different treatments.

January 2012: Began taking about 700 mg of magnesium a day. After that, the pain ranged from 4-7 and occasionally got higher than 7 (maybe several times a month). I ultimately pushed the dose to about 1,000 mg a day.

August 2012: Began taking 12 mg of cyproheptadine. Pain ranged from 4-6 and hit a 7 an average of three times a month.

January 2014: Began DAO (diamine oxidase) in conjunction with a heavily restricted diet. My pain typically ranged from 2-4, but hit a 5 at times. This is when triptans (Amerge) were first effective for me, so I was finally able to abort migraine attacks before they got bad.

March 2015: I once again began getting migraine attacks every time I ate. The pain is usually 2-4. It sometimes hits a 5, but doesn’t get above that. Amerge is not longer a reliable acute medication. Fatigue and cognitive dysfunction are now far more disabling for me than the pain.

January 2016: Began a ketogenic diet. In the last month, I’ve been able to eat 250 calories without always triggering an attack. I typically still have at least one attack a day. (In addition to eating still triggering some attacks, I am much more sensitive to other environmental triggers and can’t go out in public without having an attack.) Amerge helps inconsistently. My pain ranges from 2-4. I can’t remember the last time it was a 5. The cognitive dysfunction is a lot better, but the fatigue is still disabling.

(I followed up with another email clarifying that I have particularly intractable chronic migraine and that this man’s wife will likely find an effective migraine treatment far more quickly than I did.)

7 thoughts on “Effective Migraine Treatments for Me”