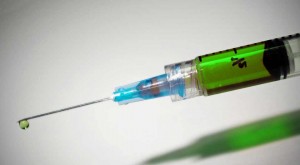 You’ve probably heard that monoclonal antibodies that inhibit CGRP are the exciting treatment in development for migraine prevention, but details have been scarce. New Migraine Drugs Promise Relief—But at a Steep Price is a different look at the drugs than has been published thus far. I’ve hit some highlights below and added my own thoughts, too.

My Thoughts on Cost

Drug Safety is Still in Question

My Thoughts on Safety

I’m still excited about the potential of the drugs, but my concerns weigh heavily. Maybe these worries will shake out by the time the drugs are available in a few years. Right now, I don’t see myself clamoring to try them as soon as they’re available… although if my migraine attacks are back to being severe by then, I’ll probably camping out to secure my place toward the front of the line.