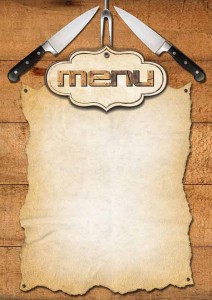 I narrowly avoided bursting into tears at a Thai restaurant last night. Hart and I are in San Diego with a dear friend for the American Headache Society conference. I wanted to spend time with them and (inexplicably) thought watching them eat one of my favorite cuisines wouldn’t be a problem. The wonderful smells hit me half a block from the door. I lasted long enough to snag a table while Hart and our friend ordered, then jumped up and nearly ran to get away from the reminder of how much I’m missing with these endless migraine diets.

Similar incidents have become more frequent in the last year, though this was the worst one. I usually stay home to avoid them altogether. After three-and-a-half years on restricted diets, being around food became agonizing. That was a year ago. Now I’ve been on restricted diets for four-and-a-half years and everything I eat or drink other than water has been a trigger for 15 months. Nearly every day I wonder how much more I can bear.

One of my favorite things—which is also required for survival—is a minefield. I worked for years to determine my migraine triggers. I did exactly what doctors and patient advocates and every migraine book say to do. The task felt impossible, but I finally found my very worst trigger. And learned that while my health care providers are compassionate and apologetic, they don’t know how to help. I become overwhelmed by the injustice of this if I allow myself to think about it.

I’m not trying to hold back the grief, but am trying to experience it without increasing my anger and sadness by dwelling on the unfairness. But both grief and a sense of unfairness are always lurking. Thinking about food fills me with dread. I don’t join my friends and family for meals. I rarely bake and don’t enjoy it when I do. I no longer express my love by feeding people. I am sacrificing an essential part of myself (my self) to satisfy the migraine gods. In my most frustrated moments, I am convinced the migraine gods scoff at my offering.

I have felt like I’m on the verge of breaking for months. I want desperately to stop the diet, but feel like I can’t. The ketogenic diet continues to keep me somewhat functional. I want nothing more in the world, so I keep eating this way. For now. I know that every other food-based intervention has eventually quit working. This one will almost certainly expire, too. I haven’t broken (whatever that would look like) because I can imagine the future. I would be furious with myself for throwing away low-migraine days when they were possible.

People often assume the only reason I can stay on these diets is because I don’t care about food as much as they do. I so wish they were right. Food is one of my core values. Figuring that out with my therapist last summer was illuminating. All my grief and frustration aren’t about not being able to eat what I want without having a migraine attack. They are about having an essential part of my being eclipsed. These diets are technically a choice, but the other option is being eclipsed by more frequent and severe migraine attacks. I’d be trading a bad situation for an even worse one.

Tenuous and fragile are the adjectives that have dominated my year. The current incarnation of my diet is allowing me to function somewhat, but for how long? This is the last diet on the list for me to try, so what happens if/when it stops working? (That’s a rhetorical question. Please don’t give me suggestions, they will only inflame me right now.) What treatment is next? Where do I go for guidance when medical knowledge has reached its limit? (That’s another rhetorical question. No suggestions, please.)

Even my parenthetical statements show how fragile I am right now. I know I’ll figure something out. I’ll find more information and more treatments to try. I am not defeated, just exhausted. And so frustrated.

I’m in San Diego for the AHS conference, but am unlikely to be up to attending any of the sessions. I’ll still try, but self-care is my backup plan. I’ll read and enjoy the cooler air. I’ll take a look at the ocean. Maybe I’ll book a massage. I’ll spend whatever time I can with loved ones. As long as it’s not while they’re eating.

11 thoughts on “Exhausted and Frustrated By Migraine Diets”