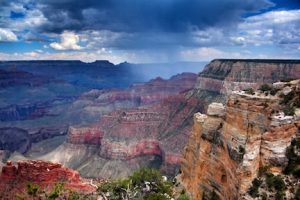 I’ve spend the last six months traveling in the land of brain fog. It’s a weird level of brain fog. I putter around the house as if I’m thinking just fine, then I sit down to write and my IQ plummets. Although my inability to string sentences together has kept me quiet, I’m actually doing remarkably well. My new treatment is working way better than I could have imagined and I’ve determined that the cognitive dysfunction is almost certainly a side effect from a drug I’ve been able to stop taking.

About My New Migraine Treatment

I’ve been using my new treatment since June 23. (I have to keep it a secret just a little longer. I’m told I’ll be able to tell you about it any day and am so excited that you’ll be the first to know when I can. Know that I’m not holding out on something that could help you now—It’s not yet available, but should be very soon.) The first months were full of heartbreaking lows and exhilarating highs, then my migraine symptoms seemed to settle into a slow and steady improvement. After quitting the ketogenic diet six weeks ago, my improvement became astonishingly swift. I can now eat anything I want. (I have to repeat that: I can now eat anything I want!). I still get a migraine attack every time I eat, but the symptoms are barely noticeable when the treatment works.

When the treatment works… that sounds ominous, but it’s really just part of the ongoing adjustment. Balancing the variables of which foods and how many calories I eat with calibrating the treatment just right is a challenge, especially because I keep trying new foods. When the dose is too low, the treatment dampens the migraine attack without fully aborting it. At too high of a dose, I feel great for an hour or two before a rebound migraine attack hits. However, When Goldilocks is satisfied, I’m high with feeling like myself again.

While these variations are tedious and make my day-to-day symptoms unpredictable, the overall effect is wonderful. You see, the treatment is making me less sensitive to food triggers over time. Once I find the right dose for a particular meal, the treatment works perfectly a handful of times. Then the dose becomes too high for that meal and I have rebound attacks. Then I have to guess at how much to reduce the dose and start the process over. (I’m talking in food triggers because that’s my issue, but the treatment can work for other types of triggers, too.)

Given the overall success with the new treatment, the persistent brain fog was frustrating. After dealing with it for months, other symptoms starting creeping up, like increased anxiety and ringing in my ears. When dizziness become another frequent companion, I had an epiphany: Wellbutrin has been the source of all the debilitating bouts of dizziness in my life. My new treatment is also used for depression… perhaps in addition to helping my migraine attacks, it was reducing my depression and making me overly sensitive to Wellbutrin’s side effects. I reduced my dose from 450 mg to 300 mg in January and the brain fog, dizziness, anxiety, and tinnitus reduced. Two weeks later, the symptoms began to resurface, so I reduced the dose again. And again. I’ve been completely off Wellbutrin for a week, the brain fog seems to be receding, and the other related symptoms have abated.

What’s Next? Uncertainty Reduction at the Grand Canyon

As I wrestled with my life’s current excitement and uncertainty combined with a loss of innocence brought on by politics and a family health situation, I imagined myself standing on the edge of a canyon. The phrase “precipice of grief” popped to mind immediately, but it’s message was was muddied by the image of a beautiful canyon. The meaning was unmistakable. Life is scary and full of grief. It is also unbelievably precious and beautiful. To root this belief in my heart and body, I’m going to stand on the glass bridge at the Grand Canyon. The thought terrifies me, but I expect seeing the beauty and confronting my fear will make me stronger than before. (At least I hope so, otherwise my metaphor will fall apart!)

After a busy few weeks of doing the Miles for Migraine race in Phoenix (please join me if you’re in town!), attending a conference at the Mayo Clinic and another for Health Union advocates (that’s the company behind Migraine.com), having my family visit, and recording for the migraine video series I mentioned last week, it’s time to think about the future. What matters most to me right now? Where will I be writing and how much? What roles will I play at TheraSpecs? How will I build my local community now that I’m able to be more active in the world? How else do I want to spend my time? I’m not sure what answers I’ll find, but I’ll let you in on the exploration.