“Your optimism is so inspiring,” a reader tweeted last week. I saw the tweet on Monday after a weekend of desperation, frustration, anger, exhaustion, helplessness, and hopelessness.Sunday culminated in a sobfest. Optimism was in short supply. My attempts to control the hypoglycemia weren’t working. Once again, it looked like I’d have to give up on the diet.

Hart and I went to Tucson for the weekend to watch our niece play softball. My blood sugar hit a low on Friday night and I spent Saturday trying unsuccessfully to increase it. Hart went to the softball game; I watched it via webcast. My spirits were low, but the tears were fleeting. When we decided to go home early, I could no longer hold the tears in. I had talked to my niece for five minutes on Friday and gave her a hug. That was it. I won’t see her for another year. Yet again, migraine was to blame.

I’m sick of how much control migraine has over my life. I want to make plans without an eternal asterisk. While the ketogenic diet has made me a little more functional, it requires even more attention than any other diet I’ve done and it’s results are ever-changing. Just when I think maybe I’m onto something good, another piece shifts and it’s back to looking like I’ll have to stop the diet. The fluctuating highs and lows have worn me out.

Monday brought another change to the diet. I’m not counting any chickens (except for weighing the amount of chicken breast I eat with each meal), but it’s going a bit better. This lower ratio may enable me to eat without triggering a migraine attack 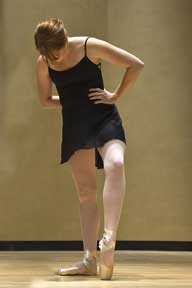 and avoid hypoglycemia. If it doesn’t, I really think I’m at the end of the line with the diet.

Just a few days ago, that last sentence would have brought me to tears. Today it makes me sad, but not heartbroken. When I responded to the reader’s tweet that I wasn’t feeling too optimistic, she said, “Optimism is like happiness—can’t have it all the time, but it’s whether you can find it again after its lost!”

So that’s where I am—in an ongoing dance of optimism peppered with despair. Chronic migraine pulls me onto the dance floor for this number far too often.

1 thought on “The Dance of Chronic Migraine Treatment: Optimism Peppered With Despair”