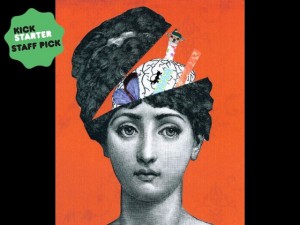 “Out of My Head,” the documentary that the Migraine Project is producing, looks to be an excellent film detailing the intricacies of migraine in an engaging, thought-provoking way. The filmmakers, director Susanna Styron and producer Jacki Ochs, have interviewed top experts in the field and many people who have migraine. The trailer includes top-notch information and illustrative descriptions of symptoms. As professional filmmakers, Styron and Ochs are working on what looks to be a high-quality film.

Neither Styron or Ochs have migraine. You may be surprised that I find this encouraging. To me, it signals a deep commitment to telling the broad story of migraine and its impact, rather than only the story of one or two people. I also think it provides an advantage in creating a film that appeals to people without migraine, which improves the chances of raising awareness. That’s not to say they’re disconnected from the emotional landscape — they’re both motivated by their love of people with migraine, including Styron’s daughter.

“Out of My Head” promises to be an excellent film that reaches a wide audience — the filmmakers have a distribution plan that includes screenings at film festivals, educational institutions, medical schools, clinics, hospitals and patient/advocacy organizations. But it’s not quite ready.

The Migraine Project is doing a Kickstarter campaign to fund the work necessary to finish the film. As I type, they’re $13,224 away from their all-or-nothing goal of $92,000, which they must reach by 6 p.m. MST on Sunday, November 23. Please watch the trailer and read about Out of My Head on Kickstarter and consider making a donation if you’re able. It’s an impressive project spearheaded by experienced professionals that I believe will result in an excellent awareness-raising migraine documentary.