I’ve only mentioned my Lyrica trial in July briefly. I was on a low dose of the drug for 10 days and it took nearly a month for me to recover from the massive depression it triggered. Fortunately, I was aware that antiepileptic drugs can worsen depression and cause suicidal thoughts, so I knew that the medication was the culprit.

Having a medication change they way you think is scary, though not as terrifying as when the thoughts seem to come out of the blue, as they seem to with a typical depression. Hyperbole and a Half brilliantly depicts how depression can hijack your thoughts. The cartoon is worth a look if you or anyone you know struggles with depression, which pretty much covers everyone. 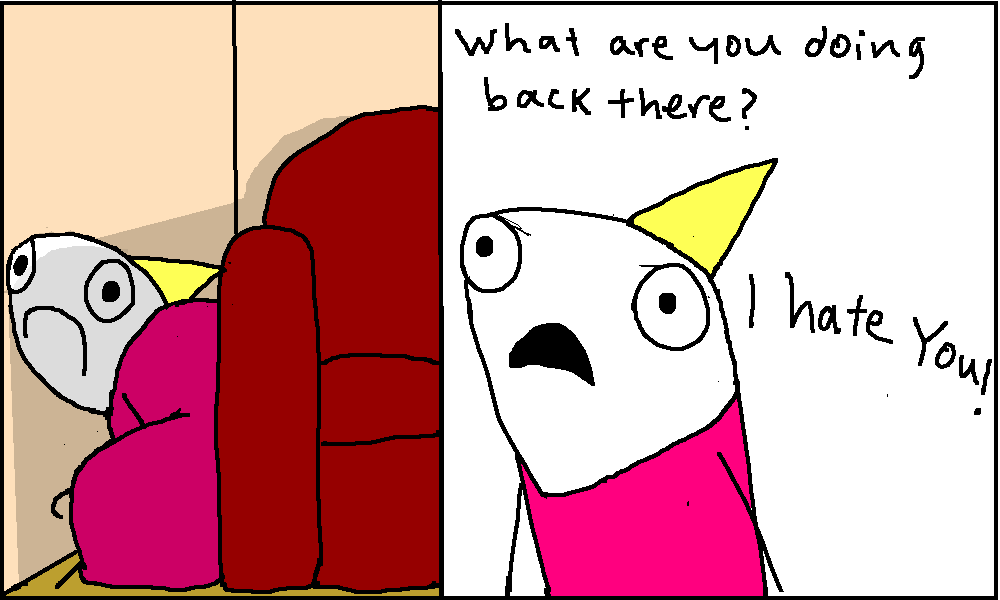 The FDA found drug-treated patients were at increased risk no matter their diagnosis, but that the risk was highest for epilepsy sufferers.

If you’re worried about a medication you’re on, don’t stop taking it without talking to your doctor. Stopping anticonvulsants abruptly can cause seizures or other neurological effects.

See Antiepileptic Drugs Linked to Increased Risk of Suicidal Behaviors and Thoughts for the full FDA warning. The 11 medications mentioned:

Patients taking antiepileptic drugs had nearly twice the risk of suicidal behavior or thoughts than those taking a placebo, according to FDA analysis. Epilepsy drugs are commonly prescribed for migraine or headache prevention.

FDA informed healthcare professionals that the Agency has analyzed reports of suicidality (suicidal behavior or ideation) from placebo-controlled clinical studies of eleven drugs used to treat epilepsy as well as psychiatric disorders, and other conditions. In the FDA’s analysis, patients receiving antiepileptic drugs had approximately twice the risk of suicidal behavior or ideation (0.43%) compared to patients receiving placebo (0.22%). The increased risk of suicidal behavior and suicidal ideation was observed as early as one week after starting the antiepileptic drug and continued through 24 weeks. The results were generally consistent among the eleven drugs. The relative risk for suicidality was higher in patients with epilepsy compared to patients who were given one of the drugs in the class for psychiatric or other conditions.

Healthcare professionals should closely monitor all patients currently taking or starting any antiepileptic drug for notable changes in behavior that could indicate the emergence or worsening of suicidal thoughts or behavior or depression.

The drugs included in the analyses include (some of these drugs are also available in generic form):

Although the 11 drugs listed above were the ones included in the analysis, FDA expects that the increased risk of suicidality is shared by all antiepileptic drugs and anticipates that the class labeling changes will be applied broadly.

I don’t know anything else right now, but will update you when I learn more.