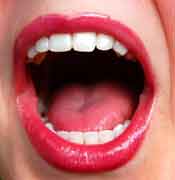 The Social Security Administration is currently revising the criteria for neurological disorders. Despite urging from several members of Congress and the Alliance for Headache Disorders Advocacy, the administration has said they will not include any headache disorders in the revised criteria. Without this inclusion, people who are disabled by headache disorders will continue having to fight for years and through numerous appeals for benefits they may not ultimately receive.

You have until April 28, 2014 to help change this. Write the Social Security Administration TODAY on the neurological revisions comment page. Submitting your comment directly to the administration is the most effective action you can take, but you can also voice your support by signing this petition. And please ask anyone you know who cares about someone who is disabled by a headache disorder to submit a comment to the administration.

Note: Be sure to leave your comment on the Social Security Administration’s website, not as a comment on this The Daily Headache post. While I always appreciate your comments, only those submitted through official government channels will count.

How I’ve felt on a bad migraine day the last few months is better than I used to feel on a good day. In the fall, I wrote a bleak post describing what a good day looks like. Seeing how little I got done on a good day (what I now know was a great day for how I felt then) left me so downtrodden that I didn’t post it. Now that I’m feeling better, I’m ready to share it.

Friday I enjoyed four hours of level 3 to 4 head pain and a surge of energy. I cataloged everything I did in those four hours in an effort to illustrate what I mean by a “good day.” It’s dismal.

This is a great day and it’s no more than an hour’s worth of work done in four. On my best days, I might get in eight hours of work; I get no more than half a dozen of those a year.

My house is not large and the clutter wasn’t particularly heavy Friday. Four hours is plenty of time to clean the house from thoroughly, from putting stuff away, to scrubbing all the hard surfaces, to vacuuming and mopping the floors. Instead, my list of accomplishments includes putting away grocery bags because even that is a triumph.

I have vastly overestimated my productivity over these last six months. I’ve said I operate at 50% of my mental or physical capacity on a my best days. Considering that I did an hour’s worth of work in four hours on a good day, 25% seems like a more accurate number.

I’m not telling you this to elicit sympathy or pity, but to illustrate just how vastly chronic migraine can affect a person’s quality of life. Even though my diet-related improvements seem revolutionary compared to days of accomplishing nothing, the improvements are meager quantitatively.

Having a migraine all the time wears a person down beyond reckoning. Even I can’t believe the impact and I live it every second of every day. Maybe that’s because I haven’t wanted to face the truth, maybe it’s because the truth is unfathomable.

Commenting on Food Triggers & Unrealistic Expectations, Kate responded to a part of Heal Your Headache that I skipped over. A part that makes my blood boil and fills me with shame for having put the book in my recommended list.

“Diets aside, I have a HUGE problem with Buchholz’s book. It’s Chapter Nine: ‘When Treatment Fails.’ In this chapter he speaks of ‘hidden agendas’ for treatment failure, such as ‘…when we reap the rewards from being in the sick role. When we’re sick, others give us their attention, concern, affection, sympathy, help, forgiveness, and permission to be excused from work and other responsibilities. As a neurologist friend of mine has noted, we all like having our pillows fluffed.’

“He states that ‘we all struggle with our identities,’ and suggests that the title of ‘headache patient’ gives us at least ‘SOME identity’ and ‘distinguishes’ us. Can you even imagine this??

“He goes on to put forth reasons that headaches are ‘hard to let go of,’ producing patients who ‘don’t try hard enough.’

“This is an outrage. And he is being touted as a ‘headache expert,’ was given an hour on Larry King Live, and patients everywhere are being given his book to read. And I wonder how many DOCTORS without enough headache training are using his book as a guide??

“Even worse, in the same chapter is a section entitled ‘The Trap of Disability Status.’ He states that no doctor should support long-term disability claims based on headache complaints. ‘The patient who walks out of a doctor’s office with a signed disability form is grateful and content, in contrast to the one who departs angrily with an unsigned form.’

“He states that he understands that we are suffering, but that we are suffering because we have never had PROPER treatment, such as his ‘1-2-3 Plan’ (which I can’t say has much in it that I haven’t heard before). He writes: ‘Disability is a trap: it guarantees that you’ll be complaining of headache until you choose to set yourself free.’ SET MYSELF FREE???

“Kerrie, is anyone else insulted by this?? When I walked out of my doctor’s office knowing I had to apply for disability, I was crying, not ‘content’ by any stretch. Having to stop working was horrifying, and produced NO rewards and certainly no improvement in my ‘sense of identity.’ Oh — and how about the big windfall of cash-flow that we pillow-fluffers on disability get to live on?? My-oh-my, sometimes I just don’t know what to do with ALL OF THIS MONEY!!! Guess I’ll just have to go out and buy some more fluffy pillows and bon-bons.

“Sounds like blaming the patient to ME, which is precisely what he chastised the medical establishment for doing at the opening of his book.

“I just don’t get why this book is getting so much acclaim. I don’t care HOW fabulous his dietary and rebound ideas are for some people; this is profoundly insulting, degrading, pompous, disrespectful, and bizarrely ignorant. I fear most for new patients who may read his book and, once again, look poorly on THEMSELVES when the Great Doctor’s big Plan doesn’t cure them.”