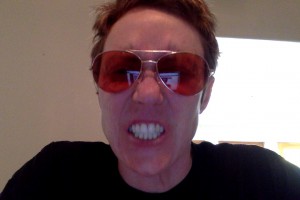 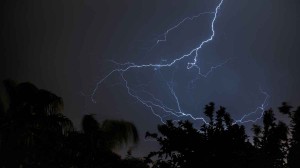 Yesterday I headed to the infusion center with level 5 pain, little cognitive dysfunction, and only minor fatigue. This was better than I expected after eating two meals without naratriptan (Amerge) or Midrin, but worse than it would have been a few months ago. It wasn’t a bad way to go in for my first migraine IV cocktail

It took three tries to start the IV and I almost fainted after the first attempt. (Tip: if you know you’re going to have an IV, drink lots of water ahead of time. I normally do, but restricted my intake because I didn’t want to have to pee 12 times during the infusion. The nurse believes the lack of water is why this is the first time ever it’s been hard to start an IV in me.)

After the IV was started, the infusion went smoothly. We started with general hydration, then the steroid, then Benadryl, then Zofran, then one round of DHE followed by another round of Zofran and another round of DHE. Of all the meds, DHE had the only pronounced effect. The Benadryl didn’t make me sleepy, it just slowed me down and made forming words difficult. My friend said I was speaking very slowly. The DHE made me sleepy and caused nausea, even with a high dose of Zofran on board. I also got dizzy and woozy. My doctor said I could wait two hours after the second dose of DHE, then have another two doses. The catch? I couldn’t have any more Zofran. Since I can’t have ginger ale or saltines either, I declined.

I left with level 3 pain, which dropped to a 2 after I got home. I continued to be woozy, sleepy, and out of it for the rest of the evening. Eating dinner took the pain back up to a 3, but it didn’t get worse than that. Today, I’m still fuzzy-headed, and am clumsy and weak, but my pain didn’t worsen after eating.

Infusion #2 starts in an hour. I think I’ll do the Benadryl first in hopes that I will be sleepier when the DHE starts. I’m also taking homemade ginger tea. I think I’ll skip the third and fourth rounds of DHE today so my mother-in-law doesn’t have to wait with me for six hours, but will probably get them tomorrow, when Hart will be with me.

Thanks for the well wishes and tips! My fingers are crossed after a promising first day.

DHE-45 (dihydroergotamine mesylate), an injectable migraine abortive, is currently in short supply and is on back order at all three labs who make the drug. It looks like the soonest the drug will be available is the end of February, though two of the three manufacturers have given no estimate of it’s return.

If you rely on DHE, call your pharmacy to see if you can scoop up what remains in stock and contact your doctor for alternative medications. Migranal, the nasal spray of dihydroergotamine mesylate, may be an effective alternative.

A killer migraine knocked me down yesterday. I gave myself over to Migranal, the abortive that my headache specialist recommended last week. It reduced my head pain, but magnified the nausea tenfold. This is a common side effect. I just didn’t expect it to happen to me.

The migraine worsened in the night and was unbearable by 6 a.m. Advil, my old standby that has been useless in the last month, reduced the pain a bit. Attending my morning yoga class was an impossibility, so I turned off the alarm and slept until 10:30.

I still feel awful and am more nauseated than usual. I’ll be spending the rest of the day on the couch.

Researching Migranal for this post, I found some studies have shown it decreases nausea. Migranal is the nasal spray of dihydroergotamine (DHE). Maybe the side effect is more of an issue with the injectable form of DHE. Anyone know?