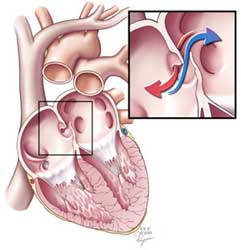 I planned to do a quick check of the news this morning before I ran out the door and then post later. There are too many interesting stories to do that, so here they are.

What Really Works?
“Out of frustration with conventional medicine or in hopes of preventing or treating disease, health consumers continue to turn to complementary and alternative medicine (CAM) treatments such as acupuncture, chiropractic care, herbs and supplements.

“But of the many treatments in the rapidly growing, frequently bewildering field, what really works? With little gold-standard evidence to go by, that’s been a hard question to answer. Long-standing attempts to perform high-quality research continue.”

NMT Medical Completes MIST Migraine Study Enrollment
“‘Completing patient enrollment in our MIST trial is a significant accomplishment for NMT, especially considering that we are ahead of our initial schedule by two full quarters. The overwhelming response we received since initiation of the trial suggests that current medical therapy is not working for many migraine sufferers, and alternative treatments are necessary.'”

Prices Drive up Health Costs in US
“‘There is a popular misconception that we pay much more for health care in the United States compared to European and other industrialized countries because malpractice claims drive up costs and there are waiting lists in most other countries,’ said Gerard Anderson, who led the study.

“‘But what we found is that we pay more for health care for the simple reason that prices for health services are significantly higher in the United States than they are elsewhere,’ he added in a statement.”