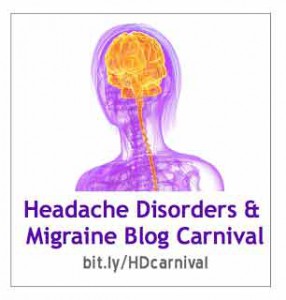 Responses to the 30 Things Meme:

30 Things About My Invisible Illness You May Not Know

“But you don’t look sick” is a comment people with chronic illnesses hear a lot. And it’s true — 96% of all chronic illnesses are invisible, according to the folks behind Invisible Illness Awareness Week — but just because an illness can’t be seen doesn’t mean it isn’t real or debilitating.

30 Things About My Invisible Illness You May Not Know

1. The illness I live with is: Chronic migraine

3. But I had symptoms: All my life and have been chronic since I was 11

4. The biggest adjustment I’ve had to make is: Reconciling who I want to be with the limitations I face due to migraine (also, learning patience and flexibility)

5. Most people assume: Migraine is just a headache. Headache is a major part of migraine, but it is a neurological disorder with symptoms that can be felt throughout the body.

6. The hardest part about mornings is: Not knowing how much migraine will impact my plans for the day

8. A gadget I couldn’t live without is: My Kindle

9. The hardest part about nights are: The nightmares and night sweats that accompany migraine attacks

11. Regarding alternative treatments: I’ll try anything that won’t harm me (and have even tried some things that are a little dubious)

12. If I had to choose between an invisible illness or visible I would choose: It’s hard to know for sure, but I appreciate being able to hide my illness when I want to.

13. Regarding working and career: I’ve gone from thinking I’d never have a fulfilling career to realizing I’ve been building one all these years I’ve been blogging. I just needed to feel well enough to take the next step… and I think I’m almost there.

14. People would be surprised to know: Just how much pain and fatigue I have on “good” days

15. The hardest thing to accept about my new reality has been: Hard work doesn’t always reap rewards

16. Something I never thought I could do with my illness that I did was: Find a fulfilling career

17. The commercials about my illness: Make it seem like migraine attacks are easily controlled with medication (they are for some people, but not at all for others)

18. Something I really miss doing since I was diagnosed is: Making plans without the caveat that I may have to cancel

19. It was really hard to have to give up: Food (literally for a while, now I have an extremely limited diet with only a few foods I truly enjoy)

20. A new hobby I have taken up since my diagnosis is: Meditation

21. If I could have one day of feeling normal again I would: That’s not something I let myself think about

22. My illness has taught me: I am stronger and more courageous than I ever thought possible

23. Want to know a secret? One thing people say that gets under my skin is: Positive thinking will “cure” me

24. But I love it when people: Keep in touch even when they don’t hear back from me.

25. My favorite motto, scripture, quote that gets me through tough times is: “When you’re going through hell, keep going” and “Never, never, never give up” — both from Winston Churchill

26. When someone is diagnosed I’d like to tell them: No one is going to cure you. Health care providers have valuable knowledge and can help you, but they aren’t mechanics. You have to play an active role in you own care, investigate potential treatments and be willing to pursue unexpected avenues.

27. Something that has surprised me about living with an illness is: How often people are blamed for being sick

28. The nicest thing someone did for me when I wasn’t feeling well was: My husband telling me that when I don’t feel like I have the strength to continue, he’ll carry me

29. I’m involved with Invisible Illness Week because: Being open and honest about illness is the only way anyone’s beliefs about it will change

30. The fact that you read this list makes me feel: Cared for

Want to respond to the 30 things meme but don’t have a blog? You can leave your responses in the comments!

Submissions for the September Headache Disorders and Migraine Blog Carnival are due tomorrow, Sept. 5, by 11:59 p.m. Invisible Illness is the theme of this month’s carnival. Let us know your thoughts on the pros and cons of having an invisible illness or respond to the 30 Things meme sponsored by the 2014 Invisible Illness Awareness Week, which will be Sept 8-14.

To join us, email the link to your post to kerrie[at]thedailyheadache[dot]com and include the following information with your submission:

To join us, email the link to your post to kerrie[at]thedailyheadache[dot]com by 11:59 p.m. Pacific time on Friday, Sept. 5. Please include the following information with your submission:

I’m looking forward to reading and sharing the submissions!

The Underlying Issue of Invisible Illness

As part of National Invisible Chronic Illness Awareness Week last week, bloggers were encouraged to respond to 30 prompts about their illness. I started to respond and was quickly overwhelmed. The prompt “If I had to choose between an invisible illness or visible I would choose. . . .” has lodged itself in my mind and I’m pretty sure it will nag at me until I write about it.

Here’s the thing. Feeling like crap and not having anyone else aware of it stinks. Sometimes I want to scream, “Don’t you know I feel horrendous? Leave me alone!” However, I would not trade the possibility for anonymity that having an invisible illness affords. I like that disclosing my illness is my choice. It provides me an inkling of control and I don’t have to deal with people staring at me (except for when Hart has to practically carry me out of a movie or concert and I know people are marveling at how drunk I must be).

Honestly, the problem with migraine is not that no one can see it, but that few people believe it is a serious illness. I think this is the real crux of the issue. After all, cystic fibrosis, epilepsy, cancer and MS can all be invisible, but it seems rare that someone would doubt that people with these diseases endure genuine and significant hardship. Would people believe that migraine, fibromyalgia and myalgic encephalomyelitis (chronic fatigue syndrome) are disabling for some people if we were all in wheelchairs? If medical tests actually showed that something was “wrong”? Does a disease have to carry with it a risk of death or at least a dramatic physical event (like a seizure) for well people to take it seriously? What will it take for people to believe our suffering is real?

Maybe I’m missing something here — what do you think? Is invisibility really the issue or is the underlying problem that no one believes a disease they can’t see or test for?